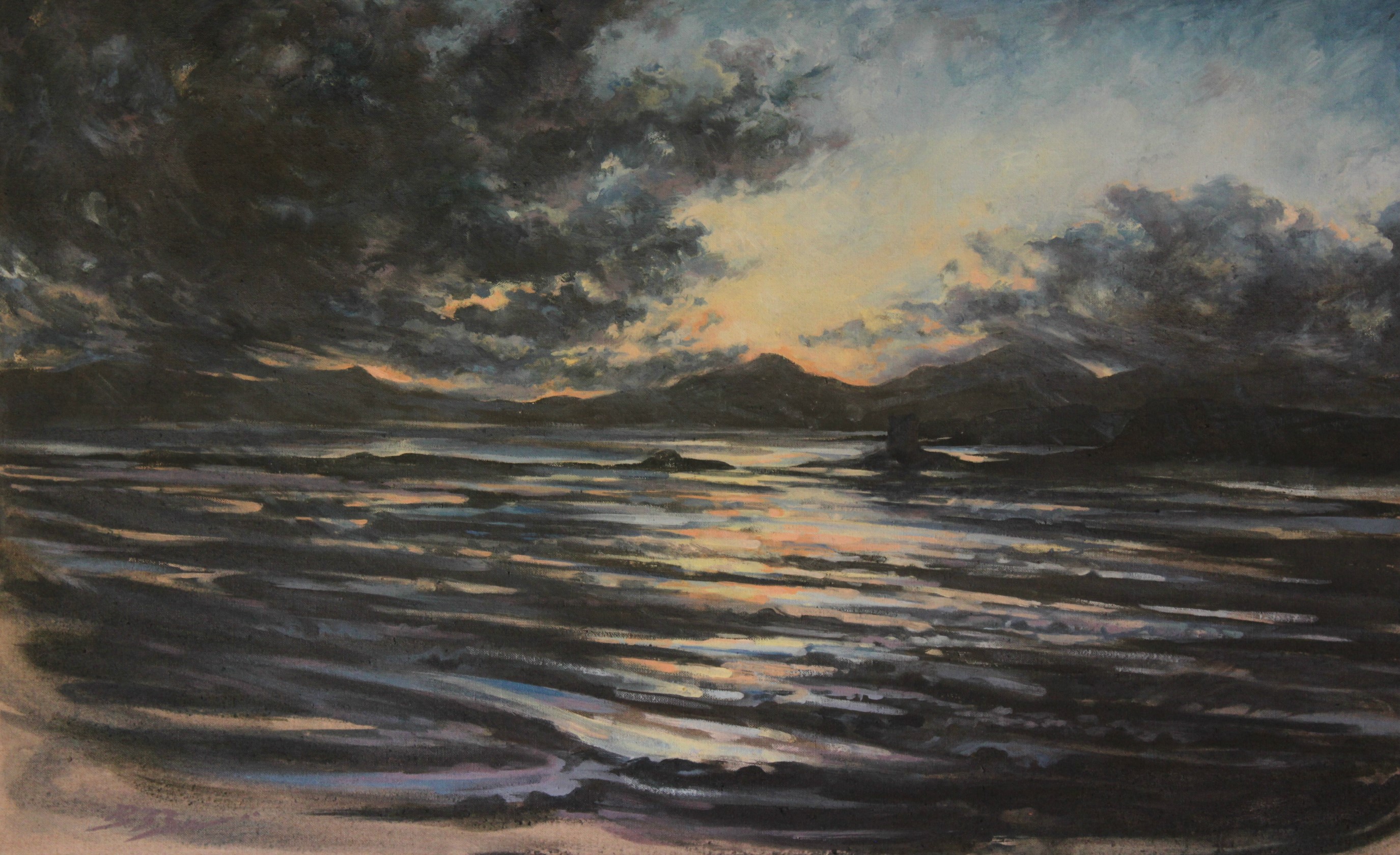 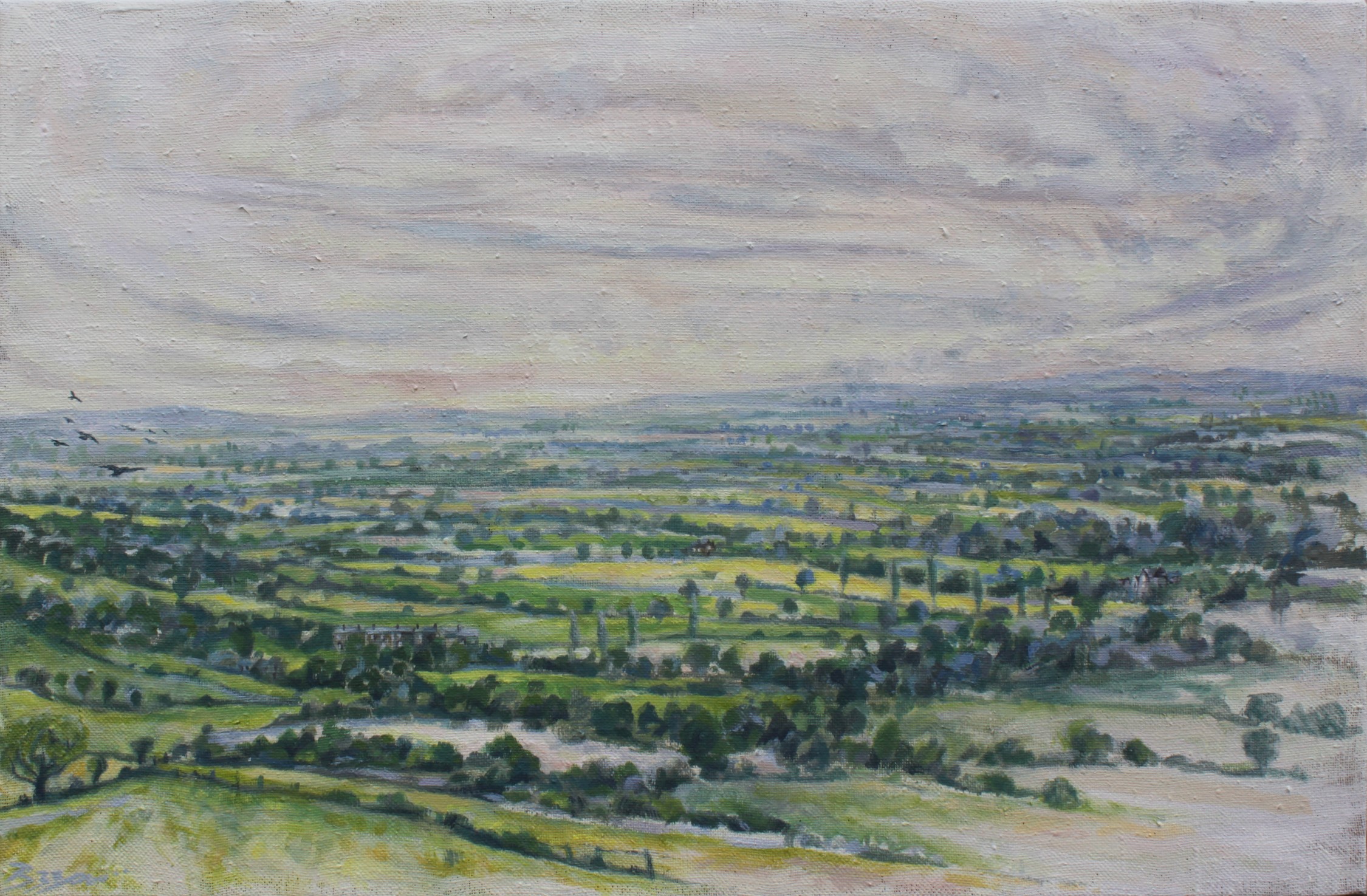 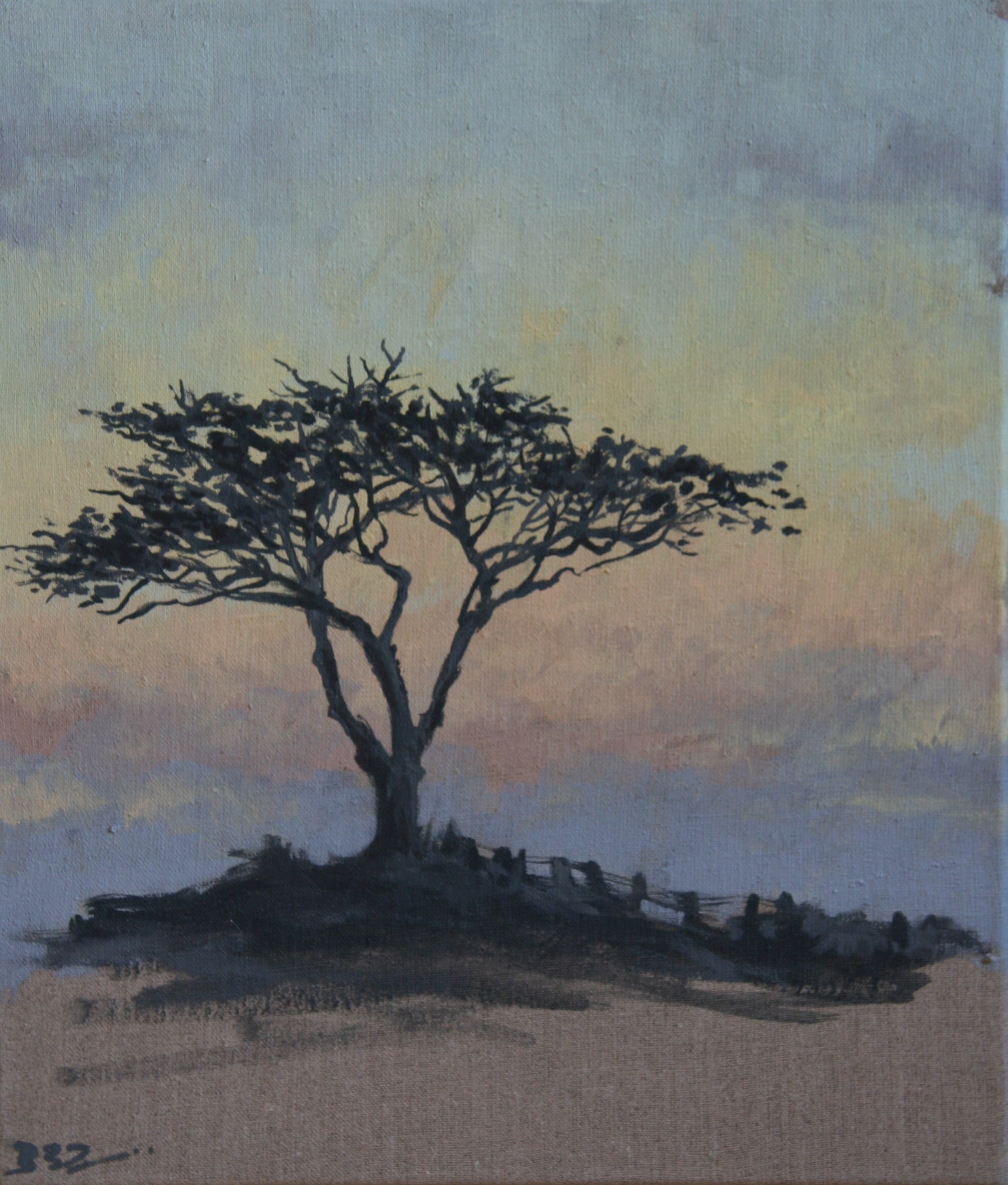 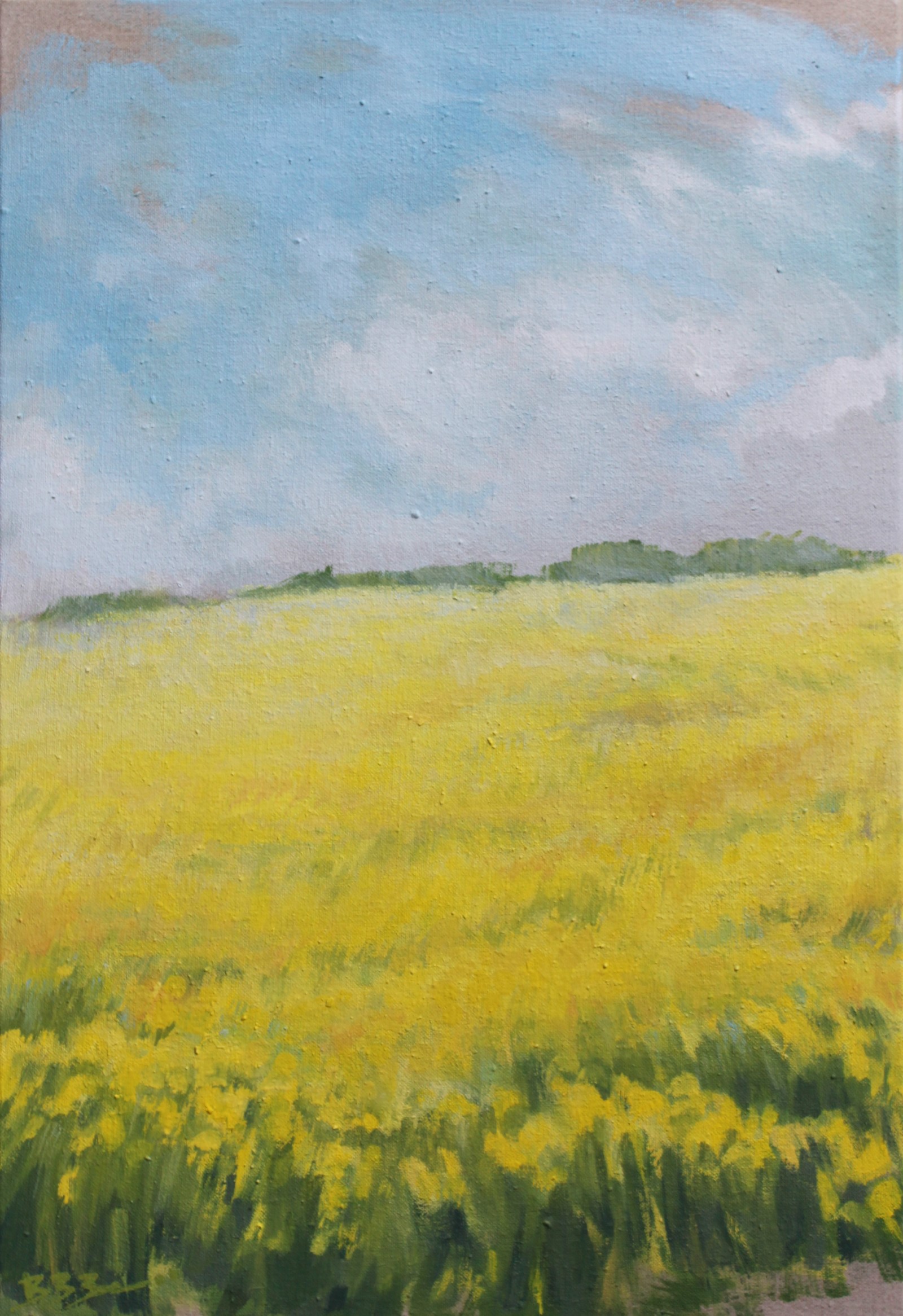 Title:
May Day (Vale of the White Horse) 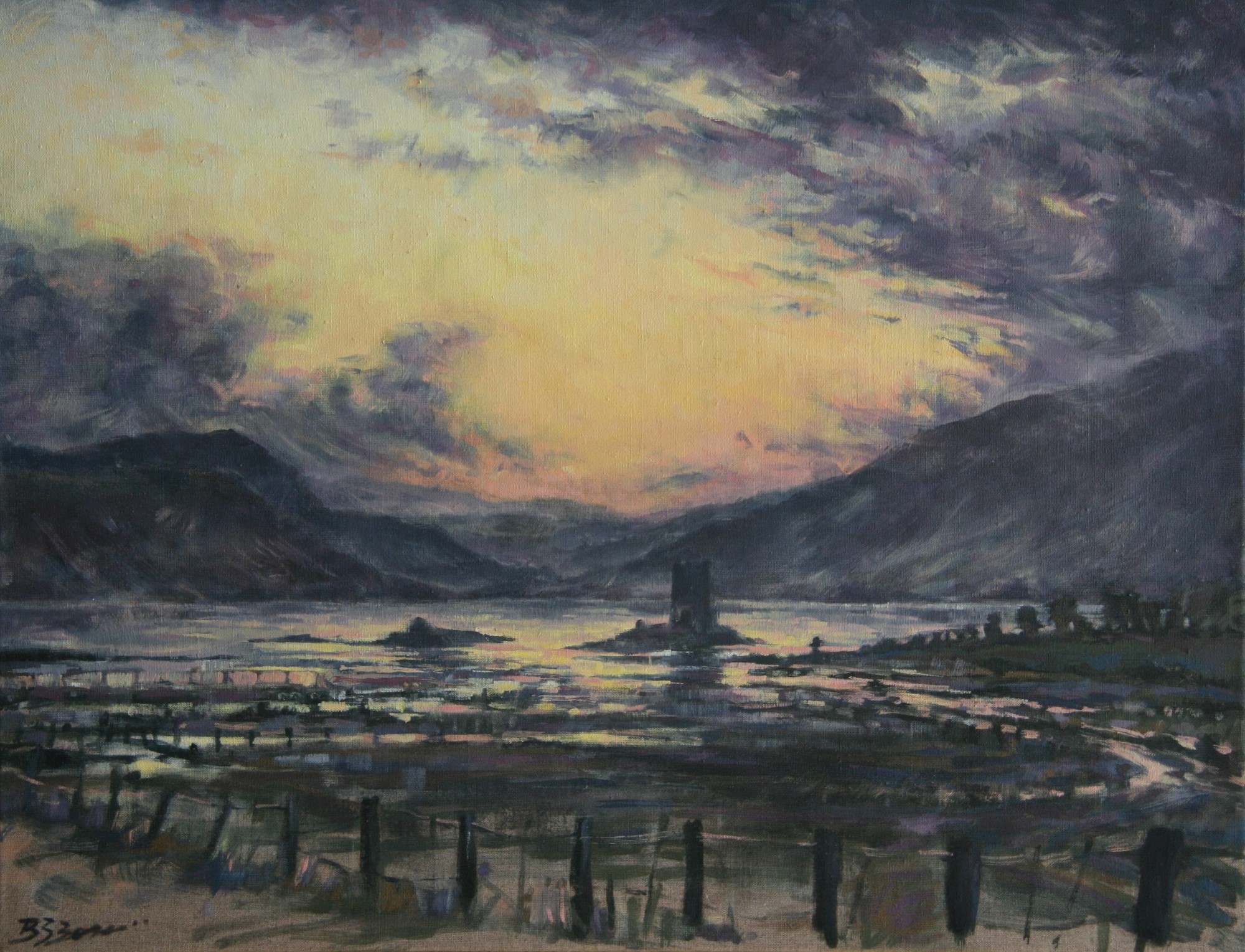 I was born in Oxford, and trained as an artist in Cheltenham, then London (BA in Illustration at the University of Westminster). I returned to Oxford in the late 1990s, where I’m now involved in various areas of art – my own personal works, plus commissions, teaching and also producing large artworks as part of church worship events and festivals. I have been a member of OAS since 1998.

I have exhibited in Oxford and across the UK, and frequently hosted open studios as part of Artweeks. I paint mainly in oil, but also watercolour, inks and pastels.

For me, the creative process involves exploring my feelings about the forms and colours of the environments in which I have lived and travelled, and which have amazed me. I want my work to capture something of the spirituality and mystery that I’ve experienced, to bring it home and to share it with the viewer. My pictures explore the relationship between the land, the sea and the sky, in which each seems to share its colour and movement with the others. The oils are on rough linen, often sketchy and extend beyond the face of the canvas. By this, I am hoping to convey the roughness of the land, the transience of scenes that shift with the ever-changing weather and light, and the impossibility of containing the landscape on a simple canvas.

I’m happy to accept commissions, always aiming to capture people's experience of their environment, whether that is their own private garden or the open spaces of the British landscape.