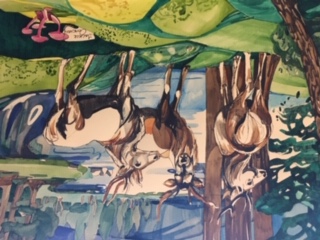 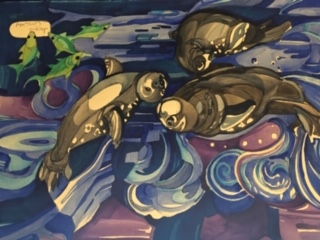 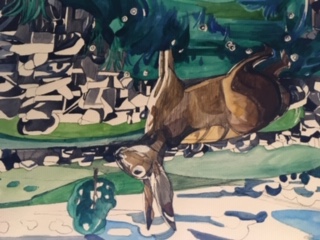 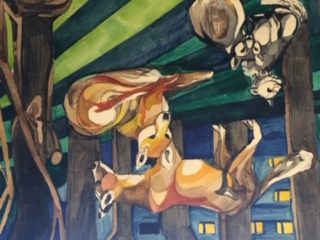 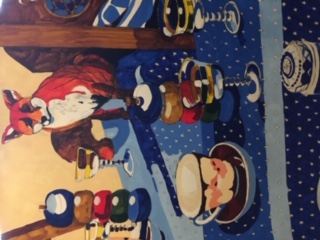 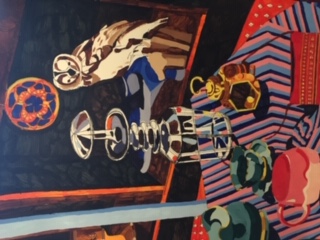 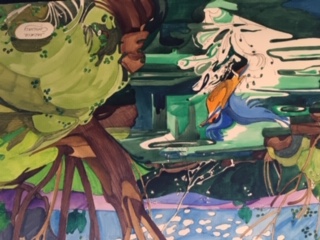 After school I gained a BA Hons in Fine Art at Bower Ashton Art college, Bristol.  Since then I have continued studying art.  And in the year 2000 I became a member of the Oxford Art Society and the Oxford Printmakers Co. Op.  I have exhibited at different venues around Oxfordshire.

I have been drawing, etching and producing watercolours which are a celebration of nature and landscapes.  They have no time or place, an idyll or an utopian landscape. But which capture in colour the atmosphere and animals which co-exist in this world.    A landscape reclaimed from human activity and influence.  From these I further developed this idea.  I have been painting acrylics of still lives which have animals amongst the domestic objects.  Nature has had to adapt to human cultivation and habitation.