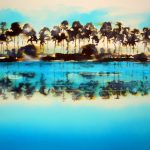 Early morning across the river 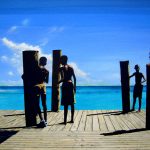 Boys on the Jetty 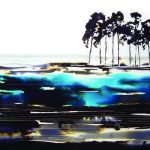 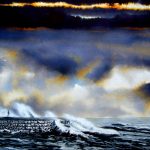 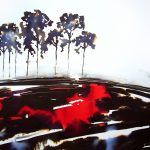 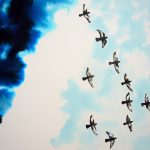 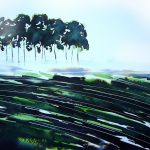 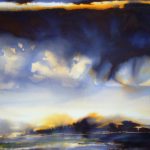 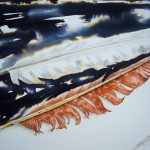 This series, sample work shown above, of paintings takes as its theme a circular riverside walk between Culham and Sutton Courtenay in Oxfordshire, offering observations and impressions of the landscape. Rather than a literal interpretation, the paintings explore the sense of space around and along the river, presenting a response to what it feels like to be part of the changing seasons.

The starting point with my painting, from the conceptual process through to the finished work, is influenced by location and the medium I’m using,” Stephen said. “This series is largely influenced by being out in the country. I have always been a country boy and I still live by the river, walking in the fields every day and enjoying the changing views through the seasons. These are landscapes inspired by these experiences but the particular technique of ink on paper I have used in this series is as much of a theme as the open space itself.”

Stephen studied at the West Sussex College of Design and has a background in graphic design and illustration, working for design consultancies and advertising agencies in the UK and overseas. His paintings reflect aspects of his training and experience and shows a keen eye for graphic content, surface texture and detail coupled with strong use of colour.