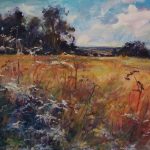 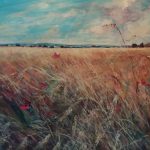 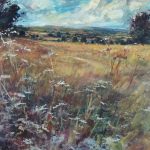 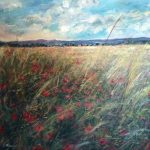 Poppies in the Meadow – Mike Jones 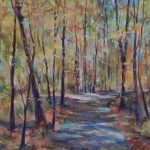 Mike was born in Wales in 1951 and spent most of his life as a teacher of Art after graduating with a First Class Honours degree in 1974.

He took early retirement in 2006 from his post as Head of the Art department at Lancaster Royal Grammar School to focus fully on his passion for painting.

He has had work selected for The Royal Academy Summer Exhibition on several occasions and was a frequent exhibitor at the prestigious Lake Artist’s exhibition at Grasmere when he lived in the North of England.

Mike remains a great admirer of the work of Turner, Monet and Pissarro and never ceases to be inspired by the lovely words of Picasso…………” art washes away from the soul the dust of everyday life”.